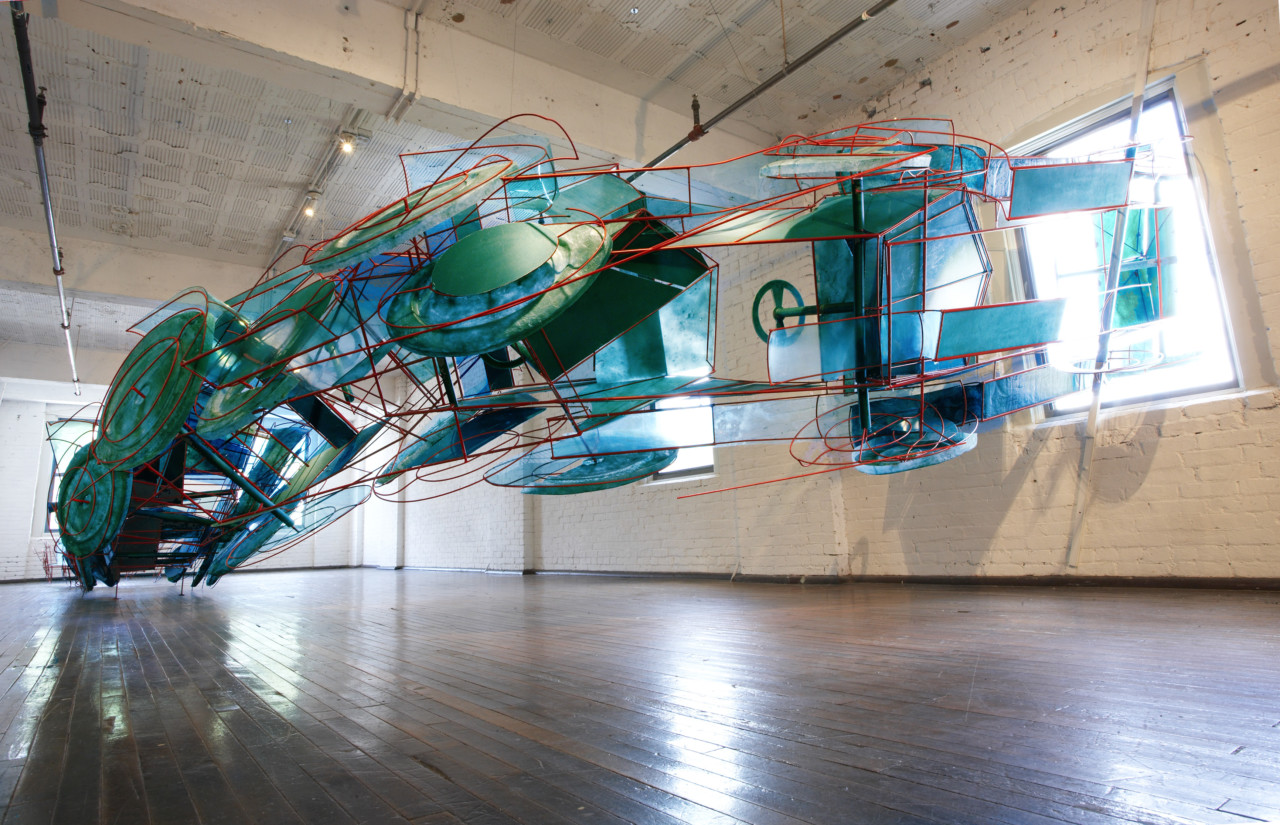 I should have learned, after all my years at Yaddo, how impossible it is to extrapolate the work from the man. But I haven’t. And so, on a few weeks’ acquaintance with Luca Buvoli, I imagined that his effortless European grace, his faultless manners, his tanned elegance, even in an old T-shirt, would translate into the visual rendition of a Corelli sonata.

What I should have done was to notice how he played ping-pong. A group of us played almost every night after dinner. When Luca’s turn came, he was nothing like his breakfast-and-dinner self, or even his afternoon self—swimming laps like a pro, straight and neat, never hogging the pool. At ping-pong, he was a demon, all over the place, whopping, excoriating himself, pressing for victory. “You play like a tiger,” he said to me when I had beaten him one night. Well, he should have seen himself. He was as wild as his own Not-a-Superhero. He was Lucca Brazzi before he was sent to sleep with the fishes. He was himself in the studio.

From an exhibition curated by Barbara Toll as part of Yaddo’s centenary celebrations.

Copyright 2000 by The Corporation of Yaddo