Three Yaddo Poets Affirm the Agency of the Dispossessed

A moment of stillness, a zing of recognition, a window opened on the soul— these are among the rewards of poetry, each of them sorely needed right now. Join us here for an occasional Yaddo series, curated by Soren Stockman.

“The Poor” by Roberto Sosa, translated by Spencer Reece

Sosa manipulates the expectation that a poem whose subject is “the poor” will flatten the toxic circumstances that enable and sustain poverty into merely a celebration of those who survive it. The lines “They see the buildings / where they wish / they could live with their children” foreground a previously understood, and thereby calming, simplicity. Sosa’s expected lament turns to an unexpected, and almost fearsome, empowerment, as “They / can steady the coffin / of a constellation on their shoulders. / They can wreck / the air.” While the disenfranchised “enter and exit through mirrors of blood,” those who are witness to their dormant power “cannot forget them.” — SS

Landay by the poet known as Rahila Muska, translated by Eliza Griswold (pictured)

The landay form, in which one nine-syllable line is followed by one thirteen-syllable line, has long folk traditions within the community of Pashtun women across Afghanistan and Pakistan. The lone surviving landay by Rahila Muska (a pseudonym translating to “love smile”), who was beaten after her poetry was discovered, and died after setting herself on fire in protest, appears below in full:

One day you’ll look and I’ll be gone.

The poem is an alchemy, transforming the vulnerability of her speaker’s unmet needs into power fortified by her own value and authority to answer those needs herself. — SS

Bodhrán concentrates on the fluid dynamics of agency, even between seemingly defined subjects. When the boat his speaker occupies “is moved—forward. You move forward,” the two united in action. Retreating to a wider perspective, he writes “this wet orb hurtling through space . . . yet, everything-everything seems still,” emphasizing by virtue of scale the tenuous relation of boat to ocean. He then further convolutes the distinction between the two: “You cross the other side crosses you. You cross over. You arrive; are the arrival.” Ultimately a love poem written to suture two separate people, Bodhrán signals the malleability of all things accepted prematurely as eternal. — SS

A moment of stillness, a zing of recognition, a window opened on the soul— these are among the rewards of poetry, each of them sorely needed right now. Join us here for an occasional Yaddo series, curated by Soren Stockman.

A community must realize its own power in order to determine an equitable future. Here, a teacher empowers students who “just stare outside at the lot / of parked cars,” demoralized by the question of “how could they / not indict. And why won’t justice ever be / served.” LaMon compares government to “our failed / technology,” two impersonal yet essential entities that ultimately function according to finances and must be directed specifically by exterior humanist concerns. A generation that will not wait for permission to progress no longer requires it. LaMon’s speaker exemplifies this responsibility for her classroom, “tell(ing) them / every true thing I know — that they are / the power who will save what needs saving.” — SS

“A Fable” by Etheridge Knight

Knight constructs an allegory for the insidious psychological discord of oppression and incarceration. The poem’s characters “were innocent of any crimes; they were in prison / because their skins were black,” a damning scenario the poem takes to be tragically realistic. Knight’s prisoners each advocate disparately for what they identify as “the only way” to get free, be it to “emulate the non-/colored people,” “pray to my god,” “quietly dig,” “follow all the rules,” or “shoot our way out,” each person’s desperation at their captivity driving them to distrust each other’s solutions, and thereby distrust each other. Knight confesses his fear that such an oppressed group, fractured further within itself, is “still arguing . . . in their prison cells, their stomachs / trembling with fear.” — SS

The late D.C. poet laureate employs dense, compact lines composed of no more than three words each to speak in precise distillations. “We are,” the piece opens in declaration, “flesh and blood / steel and skin / struggling within / a linear light / toward one heartbeat.” Kendrick acknowledges the unquestionable ties that bind us to one another, as well as the difficulty of withstanding those very ties. “Our fragile / dreams that rise / upon a muscle / of memory / and wind” depend on us to share in the vulnerability of others. We must find strength in each other in the service of amending a sorrow not only our own. — SS

This exhibition was conceived by Jill Moser, and was organized in collaboration with Melissa Meyer. Both have long-standing relationships with gallerist Jill Weinberg Adams, and have had numerous solo shows at Lennon, Weinberg. The gallery opened in Soho in 1988, and for nearly three decades has been stalwart in support of an evolving roster of artists that includes many women, working in a wide range of mediums including painting, video, photography, sculpture, installation and printmaking. 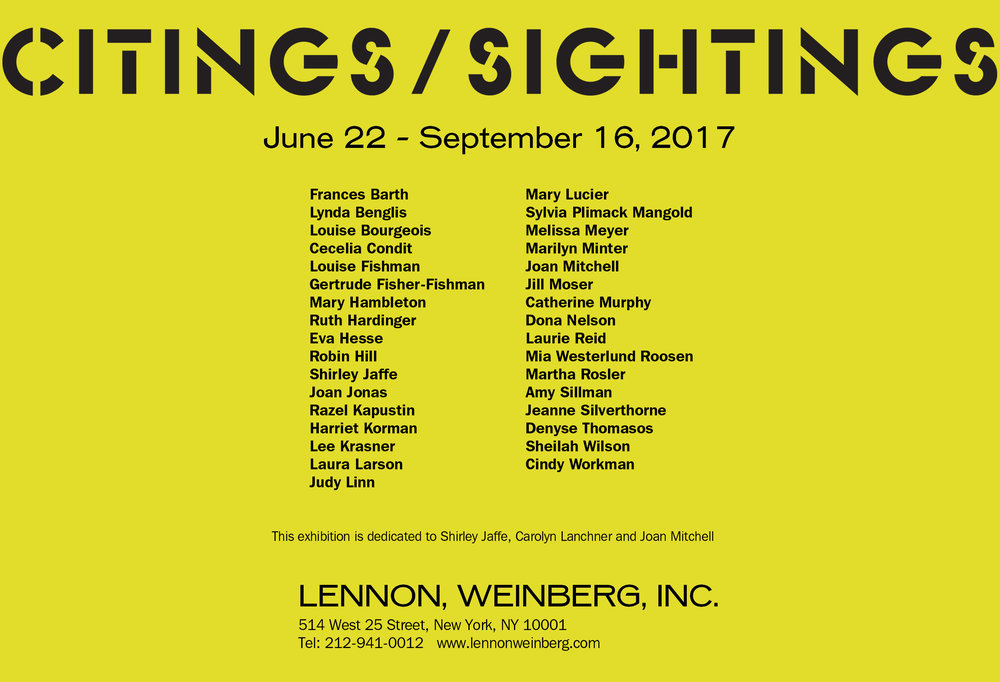 Frank Webster (Yaddo 2001)  will have a solo exhibition at the Hathaway Contemporary Gallery in Atlanta, GA. The exhibition opens on July 22nd an

Event: A reading and Celebration of the Bellevue Literary Review’s Spring 2017 issue (Free & open to the Public)

Event: A reading and Celebration of the Bellevue Literary Review’s Spring 2017 issue
(Free & open to the Public)
With readers from the collection, Gardner McFall, Caitlin Kuehn, Jay Kidd and Colter Jackson
5/31/17 at 6:00 pm

A series of poems written at Yaddo have been published in Tupelo Quarterly (issue 11).

This is a Forge 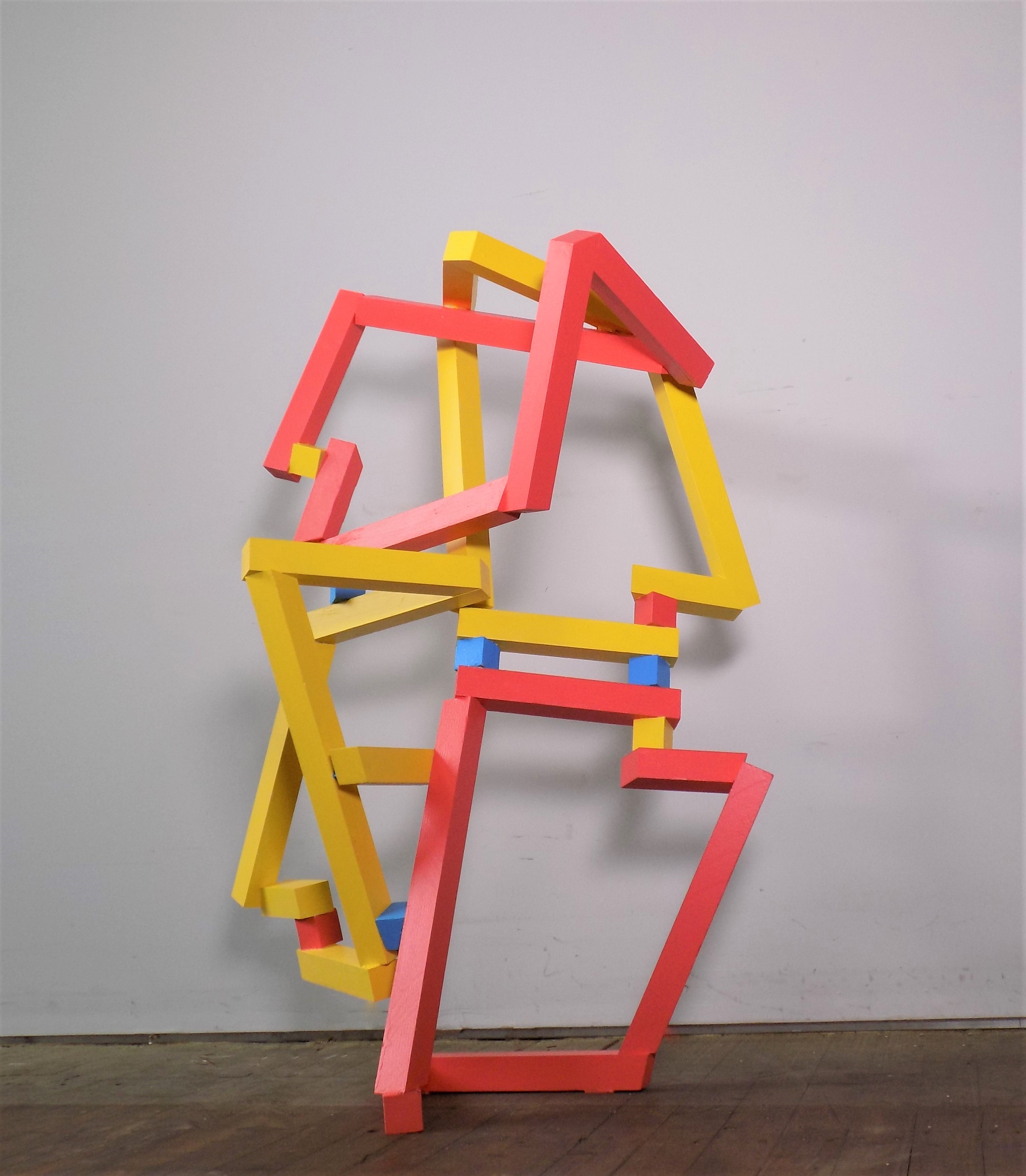 The New Old Me: My Late-Life Reinvention

An exhibition of new, wallpaper-inspired paintings on the scale of Chinese scrolls. 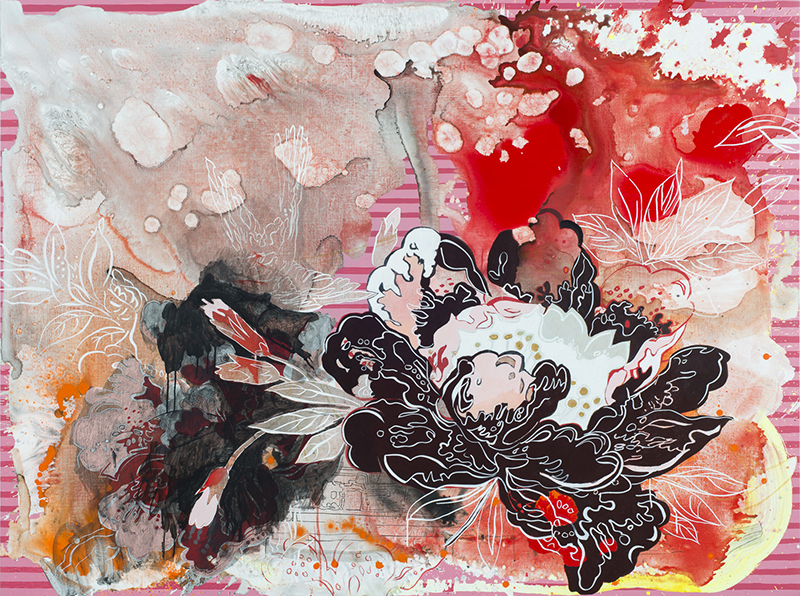 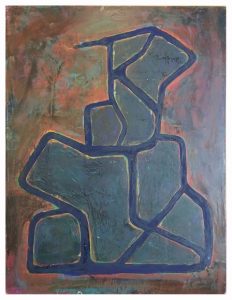 Lorna Bieber describes the process of creating her photo murals and photo montages of the natural world in a gallery talk on 1/21 at 2 PM. For more information, including RSVP, visit the Hyde’s website. 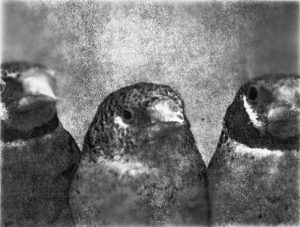 But if the Crime is Beautiful…

Solo exhibition and curatorial selection from the permanent collection at the Museum of Arts and Design. 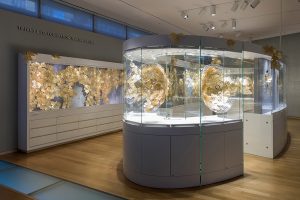 But if the Crime is Beautiful… Photo by Jenna Bascom. Courtesy of the Museum of Arts and Design.

In this solo exhibition at Women & Their Work, Ana Esteve Llorens examines space by creating an ambitious 20-foot long structure made of interlocking panels and a new series of 10 handwoven, naturally dyed textile pieces. 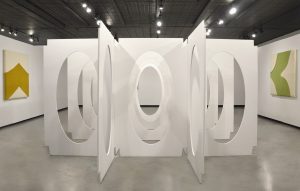 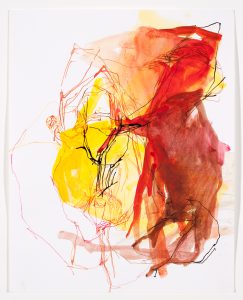 This loan exhibition, presented by the Chapel Art Center in collaboration with Stephen Ongpin Fine Art, London, displays a survey of Anne Connell’s paintings and works on paper.